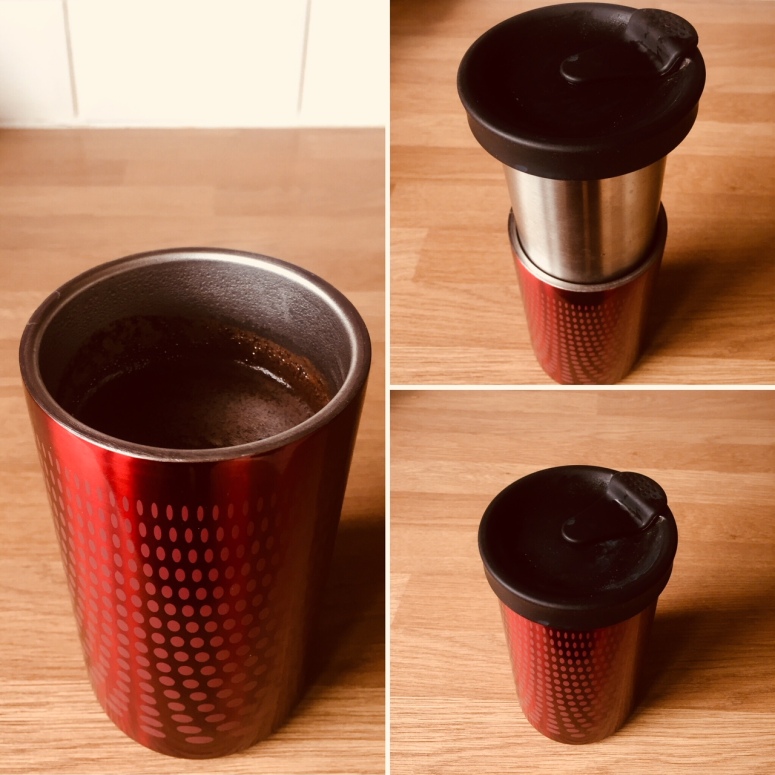 I first came across the Presse from Bobble when in Seattle and I bought one shortly after returning from my visit.

The Bobble Presse is an immersion technique where the coffee grounds steep in water for a set amount of time; think of this as a single cup French Press.  However with this method the brew device is the cup and you take it with you and drink from it.

Once the brew is pressed the coffee remains in the bottom of the cup separated by the steel micro filter and plunger seal.  As with French Press and similar methods allows oils and particles of finer ground coffee to pass through the filter and create a full bodied cup of coffee.

I use the Bobble Presse quite a lot, making my coffee brew at home and then taking to work. You need to be slightly careful on the move as the lid has small vent holes that will allow coffee to leak if not kept upright.  It’s usually OK in my car cup holder – depending how I drive 😉

It’s a great little device to have in your coffee collection, my only real issue with it and in a way sounds a strange criticism is that it keeps coffee hot for absolutely ages, which is great if you have a long commute but I found I had to wait a long time for it to cool down enough to drink; leaving the lid off does help.

They are a reasonably cheap purchase, well made and easy to clean, Bobble claim it’s ‘top rack’ dishwasher safe but I had heard reports of the dot print coming off.