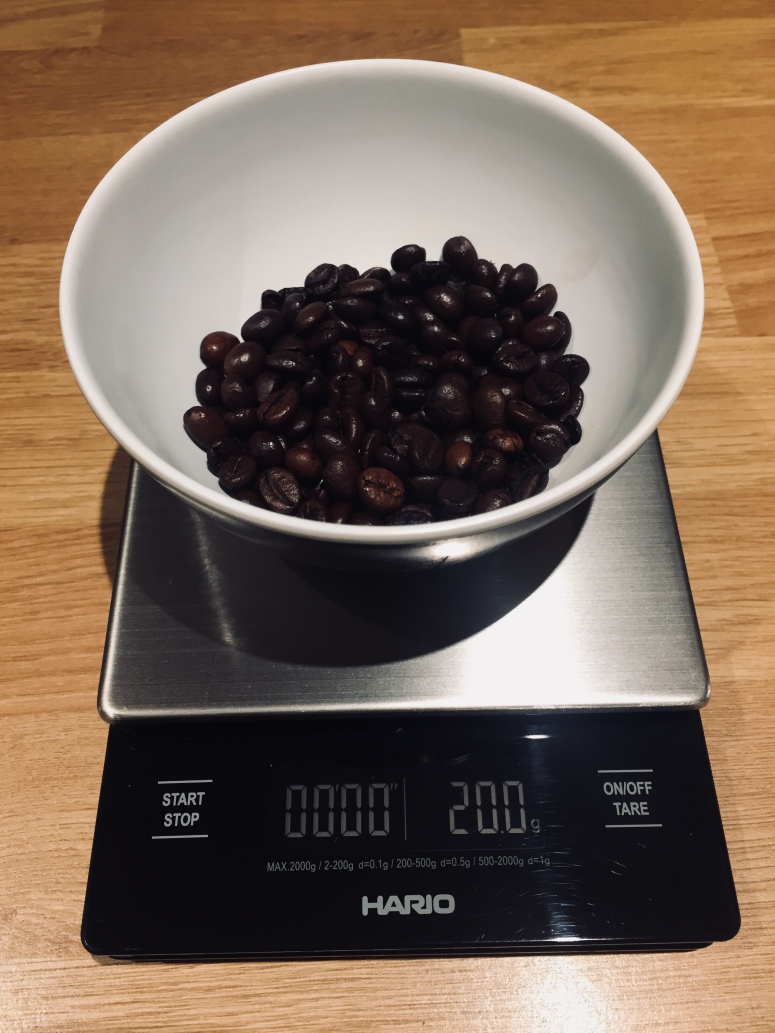 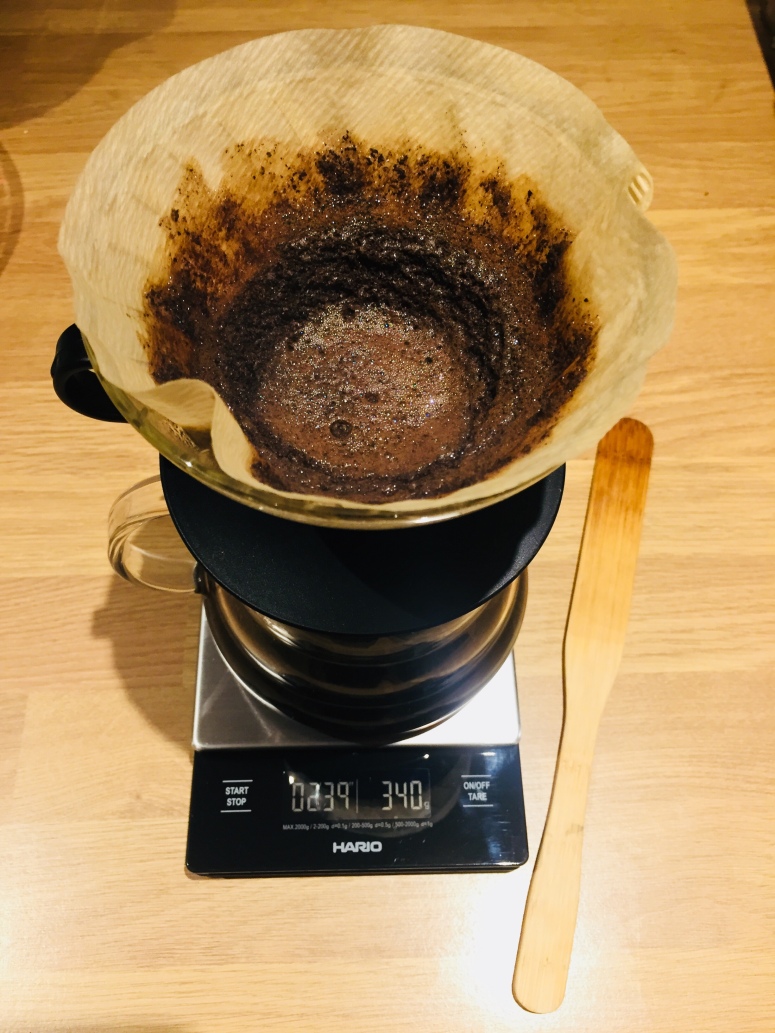 So today I found myself out of coffee beans until I came across a 100g of Meyart Coffee…. Jamaica Rum flavour tucked away in the cupboard.

Faced with this or some unbranded granulated I reached for the V60 and put the kettle on.

Quick glance on the Meyart website told me they no longer sell online, apparently due to Brexit… so are only found at Christmas markets around the UK.

Opening the bag released a quite powerful waft of rum, I weighed out 20g and prepped the V60. The ground coffee didn’t seem to give off quite the same powerful aroma as before.

So just short of 3 minutes later I had my brew…. now I am not that keen on rum so I wasn’t entirely sure what I thought I was going to expect other than a rum tasting coffee.

Right off to get my coffee order placed.